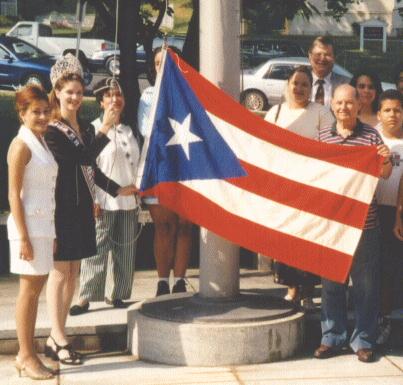 Today, July 8, 1997, at Meriden's City Hall was the raising of the Puerto Rican Flag in honor of the 30th anniversary of Meriden's Puerto Rican Cultural Festival. This year's festival will be held Sunday, July 13th, at Hubbard Park Bandshell area from 12-8 p.m.

The flag will remain on the city hall pole along with the American flag for the month of July.

K AROUND - you're always welcome.

conquer the LOOK AROUND home page